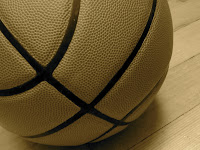 Have I told you that I’m a basketball coach? I’ve spent twenty years coaching. Ten years as an assistant with high school and middle school kids, and as many years with recreational teams. This however, was my first year as a Head Coach at the high school level, and let me tell you, it was a challenge.

I felt as if I had been dropped into a war zone. There was little time to prepare especially with my big learning curve on the paperwork side of things (In the past my role as an assistant had been to concentrate on the kids). I worked at a harried pace, searching for missing uniforms, organizing equipment and getting the word out about tryouts. After flyers and speeches and meetings and e-mails…I had 15 girls tryout. I was crushed. How could a school of 1000+, half of which are female, have so few girls that wanted to be a part of their school’s basketball program?

My assistant and I focused on the positive. We had enough for a team. Barely. We worked the girls hard mentally and physically, knowing that if they put the effort in, they would see results. If not on the scoreboard, in their heart and soul.

We started with a couple of big wins, but then came loss after loss. We still pushed. Sometimes they pushed back. Did they question our intentions? Why should they trust us? Would we give up on them? A few players gave up on us and we wondered if we would keep enough girls to have a squad? But we did, and the girls that stayed continued to work hard. It wasn’t easy, but they didn’t give up.

Along with study hall and intense practices, we had team building events, goal setting and writing times, basketball movies, circle time, silent time (a crazy concept for high school girls), art projects and an inspiring speech by the 2010 WNBA Coach of the Year, Seattle Storm’s Brian Agler. Still, we struggled. And our team dwindled. When it came to our final game we had 8 players (7 of which could play) but the positive energy shown by the remaining players, even after a 36-61 final loss, reassured me that we had grown as a team.

The season is over now but my coaching continues. Organizing fundraisers, scheduling summer camps and tournaments, getting the word out about our program and just last week my 6’1” senior signed a Letter of Intent to continue her education and play basketball in college. Yes, the coaching continues, and every minute is worth it.