PeaceLoveBasketball Friday: Light Up the Court with More Shots 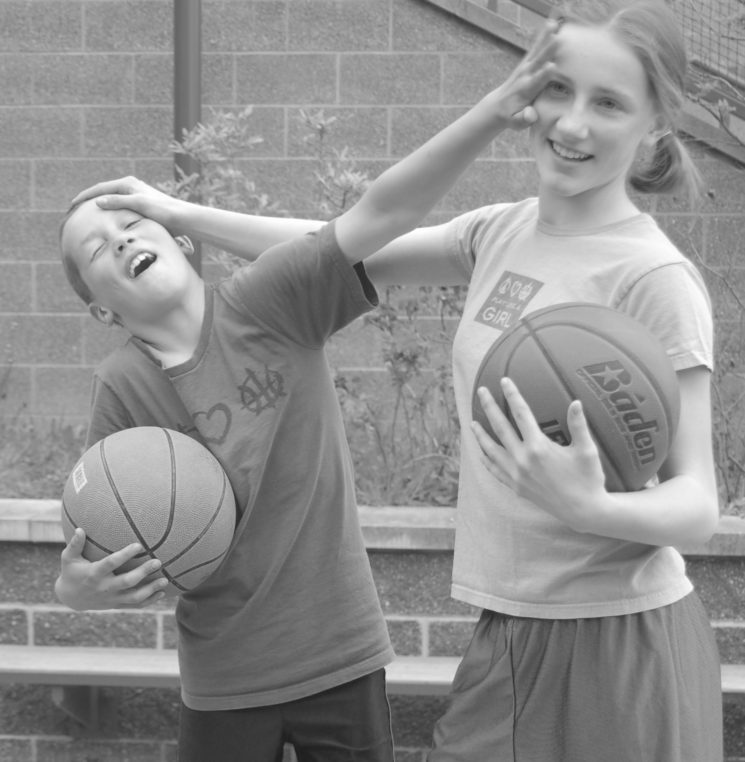 I haven’t been able to play basketball since July and last week when I was at the YMCA doing rehab on my shoulder I found myself wandering onto the basketball court. I dribbled the ball around, allowing my shoulder to soften and relax with the controlled motion. Then with my good arm I shot one-handed for a bit. I’m sure it looked a bit odd, as I have to leave my left arm down by my side, but it sure was fun. And then, when I was done shooting around I went to the other end of the court to see if the young kid, who’d been shooting since I got there, wanted a rebounder. I couldn’t help myself.

I stepped under the hoop and asked as I snagged incoming balls out of the net and off the backboard and passed them back to him. He didn’t answer but his face lit up. So for the next half an hour I felt like myself again. I am at home on the court. I didn’t say much, other than suggesting to this twelve-year-old boy that he catch the ball like he would in a game, on the move, and then I passed the ball to him as he work around the basket at different distances. He had a nice shot and a relaxed follow-through, so I simply let him shoot.

If you are an athlete working on your shot, find a friend or a coach, partner up and get some extra shots in at game speed. Make up shooting games with one another, play some one-on-one, make it fun and keep your body moving. If you’re a mom or dad who knows nothing about the game, don’t be afraid to get out there with your kids and rebound or pass the ball. The key is to have fun so your son or daughter can get more shots up. Too much advice can shut them down even if you’re knowlegdable about the game. Less is more, especially at first. And some teenagers may want nothing to do with you (my sixteen-year-old son doesn’t think I know anything about the game), but if you can, get out there and shoot around with them too.

When I left the gym the other day, I wished the boy good luck during his basketball season and told him what a nice shot he had. His face lit up again and he asked me if I knew any of the basketball players at West Seattle High School (I was wearing a West Seattle Basketball shirt.) “Yes,” I said, “I know a few, I used to coach there.” His eyes grew wide and then he told me all about his favorite West Seattle player. Now I was smiling.

What a great day, a young player had fun getting some extra shots up and I got to be on the court, doing what I love.