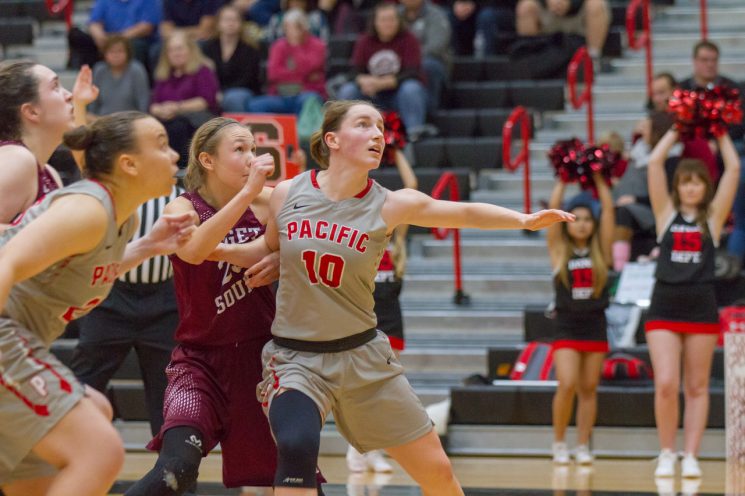 The Art of Rebounding by Charli Elliott

“I’m hungrier than those other guys out there. Every rebound is a personal challenge.”

As a 5’8” power forward at Pacific University, I led our team in rebounding and our 4’11” point guard was often the 2nd or 3rd leading rebounder. You know what that means? Rebounding has a lot more to do with determination than with height.

REBOUNDING IS THE KEY TO VICTORY

Every rebound is a possession. Every possession is a chance for your team to score.

I’m sure you’ve heard your coach harping on it. I’m sure you’ve heard, “block out!” screamed from the sidelines. And maybe you’re a decent rebounder. You know the basics, how to call “shot”, how to turn and block out, make contact with your player. But how do you take your rebounding to the next level?

First, know where the rebound is going.

There are statistics on where the rebound will go based on where the shot is taken. A long shot usually means a long rebound, a shot from the left side of the hoop often bounces off to the right, this sort of thing. It’s important to know these basics facts, but who’s thinking stats in the middle of a game? No one. You need to develop a sense of where the ball is going, before it even leaves the shooters hand.

How do you get this sense?

Practice. When you’re rebounding for a teammate during drills, pay attention to the flight of the ball and then go after it like you’re in a game. Track the shots and try to keep the ball from hitting the ground. When you’re on the sidelines in practice, watch your teammates shoot. Before the ball even hits the rim, try to figure out where you would need to be to get the rebound. The more you understand the flight of the ball, the better you’ll be at positioning yourself for the rebound.

How do you get yourself into position?

Box out. Block out. Whatever you want to call it. Put a body on someone. You’ve heard it all before. How many of us actually do, legitimately find someone every single time a shot goes up? If you put your hand up, you’re lying. But a solid block out every time should be the goal you’re striving for.

Create space for yourself by pushing your man either out of the key or under the basket. (But don’t get stuck too far under the hoop). And if you end up behind your man, make a swim-move around your player, and get your position back. And then go get the ball.

How do you get the ball?

Rebounding is all about hustle, heart and determination. You have to be willing to chase after Every. Single. Board. You’ve got to be scrappy. Watch the flight of the ball and then go after it. You have to take pride in your rebounding. It sounds trite, but it’s true.

How to get even more rebounds?

Work as a team. If everyone blocks out, you and your team will get more rebounds. If you’re a post player, I’m sure you know the feeling of working hard to block out your player, and then having some little guard come traipsing in to steal the rebound because your teammate didn’t block her out. Nothing is worse. Everyone must make contact, and then release and go after the ball. When this happens, you will be better and so will your team.

I spent my entire college career guarding women who were at least five inches taller than I was, and often larger. Yet even with that disadvantage, there were many times throughout my career that I led our conference in offensive boards. I knew I wasn’t going to be the best shooter, the best playmaker, or the best ball handler on our team, but I knew the one thing I could do, was out-work and out-hustle every other person on the court. I could become a great rebounder. I got stronger in the weight room. I paid attention to my teammate’s shots in practice. I learned little tricks, like tipping the ball to myself, or swimming around an opponent. And when push came to shove, I was willing to give everything I had to get the boards.

If you have the heart and the desire to become a better rebounder, and are willing to put in the work, whether you’re tall or short, you too, can learn to dominate the boards.